Report Of The Second Edition Of The Twitter Space Series

Objectives of The Meeting

Dr. Saleh began by explaining that Mentorship in Nursing has been in existence since the very inception of the profession.

However, only the informal kind, which was quite suitable for the traditional apprenticeship kind of nursing training and practice at the time.

He affirmed his position on the need to transition mentorship in Nursing into a formal, structured program for all, especially students and early career nurses.

This is particularly because the profession has evolved globally into a scientific era.

This scientific process, however, cannot be taught haphazardly.

While sharing his personal mentorship experience, he attributed his decision to remain in the Nursing profession to informal mentorship he got from a then lecturer in the school of Nursing where he trained.

The lecturer guided him on how to achieve his aspiration of becoming a graduate even as a Nurse especially because a diploma in nursing training was the most appreciated career path at the time.

He further shared that his first publication in an academic journal was even before bagging a Master’s degree and this was owing to the mentorship he received from his supervisor.

“The NMCN has also been on the move to institutionalize mentorship in Nursing profession ,” he said.

“In the last two years, they have been meeting with nurse leaders in the different Nursing institutions to incorporate a structured mentorship program for nurses in their various facilities.”

The NMCN is already reviewing the curriculum to further address this important mentorship need in the profession.

Dr. Saleh further explained that mentorship is not to be forced if it is going to be efficient.

Both parties, the Mentee and Mentor must build a level of trust.

“Your mentor will give you tasks to do and you must be willing to do them notwithstanding your age difference”, he said.

Contributions From Other Participants

Nurse Oluwatosin shared a perspective on mentorship. He said that it must be Symbiotic that is, mutually beneficial and not parasitic.

He further shared that we must think of transformational leadership as we think of mentorship.

It is more about adding value and nation-building he opined.

Nurse Abubakar asked for advice on the dilemma many young nurses face around making money and advancing careers.

He wanted to know if both can be achieved at the same time.

Dr. Saleh said in response said it is impossible to achieve these two at the same time.

He advised that every young nurse should build a formidable career early on as this generally increases your earning potential.

“Set a goal for career development and mobilize available resources to meet the goal. You can sacrifice the pleasure of making money and living large at the early stages of life” he said.

Also addressing a follow-up question, Dr. Saleh advised every young nurse to approach the clinical nursing space as a starter with humility and readiness to learn to avoid the hostile reactions they usually get from senior nurses.

“If in any case also you could not find a mentor in your immediate environment, look for someone elsewhere.” However, it’s important to be in constant communication and seek guidance at all times.

In closing the space conversation, Prof Adebayo Adejumo appreciated the guest and every speaker on the platform.

He then announced the winners of FYNI NURSES’ WEEK CHALLENGE:

The enrollment form will be out on all social media platforms and the website soon.

The meeting ended with prayers from the moderator.

The mentorship platform of FYNI for young nurses is an innovative leadership initiative you have never seen anywhere. We will be starting pretty soon. To be in touch with all that is happening you are advised to subscribe to our newsletter below and follow us on our social media pages: Facebook, Instagram, Twitter, and Linkedin. 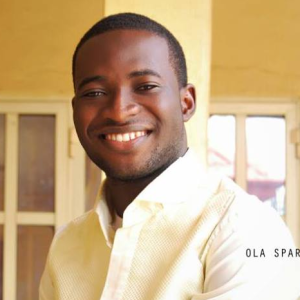 Damilare is a registered nurse passionate about Strategic and transformational leadership in healthcare with focus on the Nursing workforce. He is the convener of the Nurses' LEAD Summit, a capacity development platform for young Nurses in other to champion 21st century relevant improvement in Nigeria's health system. Damilare is currently a member of the NursingNow Challenger's committee. He is a Tobaccofree Nigeria advocacy champion and #BeatNCDs advocate. He believes so much in the future of Nursing and Nurses and thus seeks to share his privileged perspectives with everyone.
PrevPrevious5 TIPS FOR PLAYING BIG IN YOUR NURSING CAREER
NextIntroducing The FYNI Mentorship AcademyNext