The Immense Benefits of Networking For Nurses | Part 2

The Oxford Dictionary defines networking as “the action or process of interacting with others to exchange information and develop professional or social contacts.”

Simply put, networking is the deliberate act of engaging with others to form and sustain social or professional bonds.

It is no news that networking is a commonly used word in the 21st century; it is common yet underrated.

It is not about merely gaining followers on social media.

It is an act of intent to get into the circle of like-minded people doing or who have done the same things you want to do.

It is interacting with people to get a form of publicity for your works and crafts.

It is an intentional act of building and sustaining relationships with people you can call on for assistance if needed.

And it is an essential skill for nurses to build on and scale in the interest of their career pathway.

As a nursing professional with a career to develop and manage, you need other professionals in your corner, both online and offline, for various reasons mentioned below:

The benefits of networking are vast and nursing public figures or career-advanced nurses are where they are today as a result of the status they have gained through networking.

With the global opportunities that come with the nursing profession, networking is key.

The contacts you keep today are, for the most part, attributed to your growth tomorrow.

They largely influence your growth and pave the way for better opportunities in your career.

“People you know” are part of the formula for success among professionals.

There is also a popular saying in the social media space: “your network today is your children’s connections tomorrow.”

So, it begs the question, who do you know?

Whom are you talking to?

Whom are you connecting with?

What impact do they have on your career?

Your connections are powerful!

You don’t even need to have a Twitter account to join us on our “Twitter Space”. All you need is a device and an internet connection, that’s it.

You don’t want to miss this event for anything in the whole world! 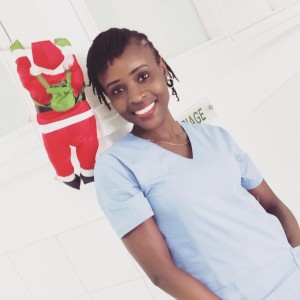